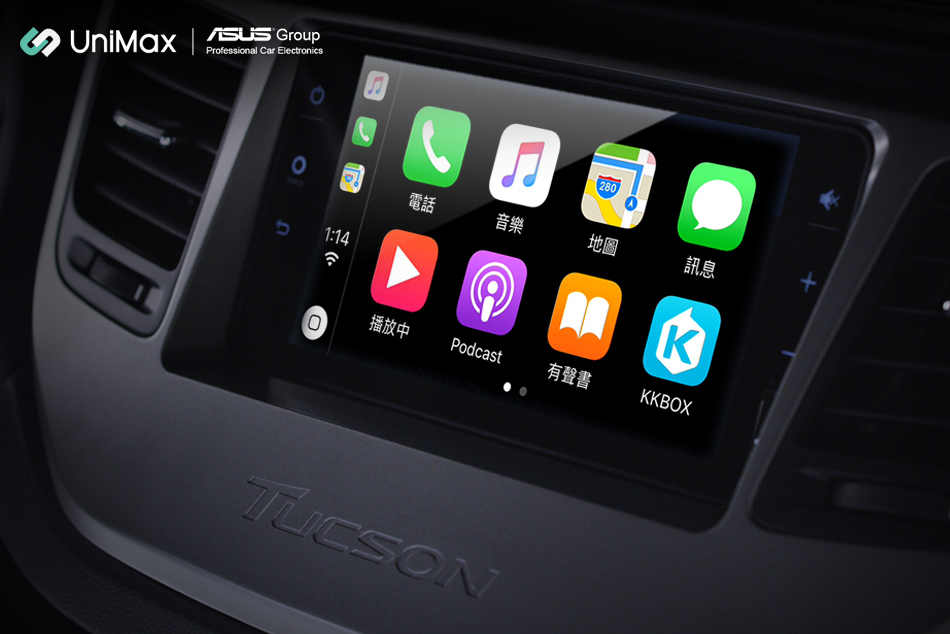 The smart IVI systems of UniMax have passed the most rigorous in-vehicle specification tests and comply with all environmental requirements for the driving process, providing drivers with safe and flawless driving experiences. In addition, they are also ahead of Taiwan’s in-vehicle electronics manufacturers and received dual certifications including Android Auto and CarPlay. They also support both iOS and Android systems simultaneously, allowing drivers to easily connect with UniMax IVI systems through their mobile phones. Its IVI systems also have built-in navigation system, allowing drivers who are used to using navigation systems to quickly get started. With its solid quality and innovative features, UniMax won the favor of Hyundai Taiwan, and have successfully entered the supply chain of a major automobile manufacturer.

The general manager of UniMax Kent Chien stated that “most of the IVI systems on the market were manufactured by OEM; although their prices seem cheap, but their quality and durability are questionable. The safety of cars has great impact on the users, so UniMax upholds the highest standards of being developed in Taiwan, manufactured in Taiwan and complying with vehicle specifications to pursue technological innovation, providing the industry with the most advanced and most excellent in-vehicle electronic products and smart driving experiences continuously, striving to lead Taiwan’s in-vehicle electronics industry to the international markets.”
Back
Terms of Use Notice | Privacy Policy
© UniMax Electronics Inc.
Cookie Policy